The Roman Emperors Route and Danube Wine Route are a series of archaeological sites and vineyards that tell the story of the expansion and defense of the Roman Empire on its northern Danube frontier. The frontier hinterlands, stretching to the Adriatic Sea, are also part of this story. From the second to the fourth centuries the emperors personally commanded the armies of Rome. Principle players in the history include well-known rulers from Trajan who added Dacia (modern Romania) to the Empire and Constantine, born in the Balkans, who made Christianity the legal religion of the Empire and changed the course of European history. With the army came wine, the preferred beverage of the troops. At first, wine was imported by sea and rivers, but later vineyards were introduced into the region. Today’s Danube wine vintners continue this centuries-old tradition. Each archaeological site along the route presents a unique story of the Roman emperors’ strategy in bringing peace and prosperity to this unsettled region and how the soldiers interacted with the local peoples in their daily lives.

The Roman presence in the Danube regions in manifested in the actual remains of their cities and soldiers’ outposts which archaeologists have brought back to life today. The sites which constitute the Roman Emperors Route fall into 4 categories. The category which gives the Route its title has sites which are directly associated with the emperors’ presence, in residence or moving with the army to confront threats to the imperial peace (pax romana). The second group are all military in nature and show the execution of the emperors’ policy in pacifying and defending the imperial frontier. The last two categories reveal the mechanisms which protected imperial territory from invasion, insured accelerated production of the silver and lead ores from the mining districts and encouraged the formation of conquered tribes into manageable administrative units. 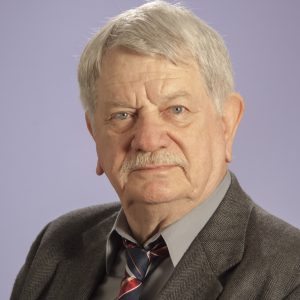 Professor of Roman Art and Archaeology 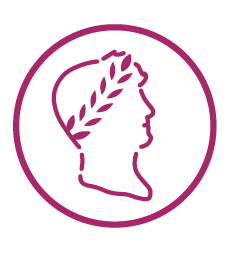 Sites with Direct Connections with Emperors:These sites, shown on the map in the purple colour, represent locations with well documented associations with specific emperors, usually in terms of the initiative for construction, actual residence or other use for significant periods of time. 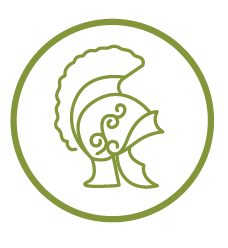 Sites Connected with Military Campaigning by an Emperor: These sites, shown on the map in the light green colour, came into existence as a result of military campaigns conducted by various emperors for the occupation and consolidation of Roman control over the Danube provinces.

Sites Resulting from an Emperors’ Military Policy: These are military sites, shown on the map also in the light green colour, on the Danube frontier where garrisons were located which had responsibility for not only defence but also for control of river commerce, administration of the mining districts and maintenance of the Danube via militaris which connected the western and eastern parts of the Empire. The garrisons included both land-based troops and sailors of the Danube fleets. 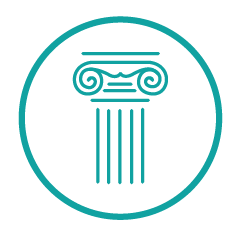 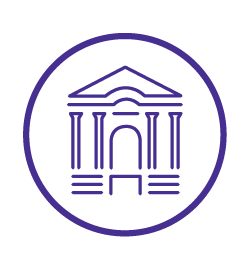 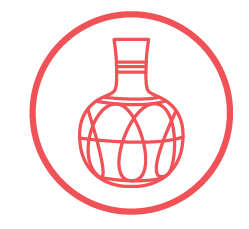 Sites Resulting from an Emperors’ Political Policy: Various emperors instituted a deliberate policy to encourage the integration of conquered indigenous peoples into the government of the Roman Empire on the local level. This was accomplished through the granting of semi-autonomous self-rule to indigenous communities in Illyricum and the Danube provinces; this process is documented in the award of municipal status (Roman municipia, sometimes promoted to coloniae) as an upgrade to existing native settlements on conquered territory. Sometimes the establishment of the imperial cult of emperor worship to promote loyalty to the person of the emperor went along with the new municipal status. Included here also are what might be termed utilitarian sites with responsibilities for traffic control and road maintenance. These sites are shown on the map in red, dark blue and dark green colours. 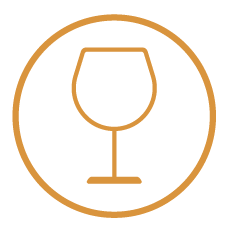 Danube Wine Regions: In the lower Danube region viticulture can be traced back to pre-Roman times with the Greeks and Thracians. For the central Danube region wine came with the Roman army as an essential part of soldiers’ rations. At first Mediterranean wines were imported in the literally thousands of ceramic amphoras found on Roman military sites. Later local vineyards planted with military labour. The included wine regions are integrated with the Route sites along the Danube Corridor and in a general sense duplicate the vineyards introduced by the Roman army into the regions. For the indigenous peoples, who lived and worked alongside of the Roman soldiers, one can infer that a way “to act Roman” and in a certain sense “to be Roman” was to acquire a taste for this new beverage from the Mediterranean world. Wine regions are shown on the map in the light brown colour.
CHRONOLOGICAL SCOPE

In the ancient period the creation of military bases and roads, cities and villages (now archaeological sites which form the Roman Emperors Route) coincided with the development of Roman control and occupation of the Danube region which flourished from the second through the fourth centuries. Although there were Roman troops in the Balkans earlier, a major expansion of the Empire took place under the emperors Trajan and Hadrian in the beginning of the second century.  The last great emperor who significantly affected Danube affairs was Constantine the Great, born to a military family in the Balkan interior in the fourth century.  After this time, beginning in the fifth century, the history of Byzantium begins, with new dynasties of Byzantine emperors ruling from Constantinople (modern Istanbul in Turkey).

The entry of Roman emperors into the Danube region begins properly with Julius Caesar. Caesar in a technical sense was not an emperor, but his assumption of the title “Dictator for Life” made him one in all but the specific title. Among Caesar’s military accomplishments the conquest of the two Gauls (one on either side of the Alps) stands out in history. However this causes one to lose sight of the third province in his mandate, Illyricum. Illyricum for the Romans of Caesar and Augustus’ time stretched from the Adriatic to the Danube and eastward towards western Bulgaria.

The initial diffusion of Roman culture, along with the military advance to the Danube and the consolidation of Roman territorial gains, continued under successive emperors in the first century A.D. The second emperor Tiberius, drawing on his military experience along the Sava and Danube rivers under Augustus directed his legions to major road building projects in the region, including the Trans Balkan Highway and the Danube via militaris through the Iron Gate gorge. The Danube fleet was probably established in his reign also. The emperor Claudius, almost the last of Augustus’ line, moved the legionary garrison up to bases on the Danube from the Adriatic region and repaired the via militaris on the river itself. Domitian, the last of the Flavian dynasty of emperors, also repaired the Danube road and himself led the Roman armies against Decebalus and the Dacians north of the Danube. For various reasons, Domitian did not annex territory from the Dacians but at least he put a temporary stop to their destructive raids on Roman territory.

The culmination of the first and defining phase of Roman occupation of the Danube corridor was directed by the first non-Italian emperor Trajan in the early second century. Trajan himself was on the Danube on several occasions, including directing the campaigns in two successful Dacian wars against Decebalus. He certainly was involved with road construction and repair in the Iron Gate gorge and the construction of the great bridge across the Danube in 105 between the two Dacian wars. The final result of Trajan’s aggressive military policy was the annexation of Decebalus’ kingdom as the new Dacian provinces north of the Danube.

INFLUENCE ON EUROPEAN HISTORY AND HERITAGE

It is commonly understood that multiple aspects of the political, social, military and economic systems represented by the Roman Empire reach deep into the history of today’s Europe. The standing and tangible remains of the Roman Empire in cities and museums throughout Europe are visual markers for the memory of the Roman past.

The Roman Empire and the actions of the emperors who directed it laid the foundations of urbanism, administrative structure and law for the medieval and modern European societies which followed. The Roman Empire promoted religious toleration and guided retention of ethnic identity along with a universal rule of law and rights of citizenship. Later European culture witnessed the recurring Roman influences on artistic traditions, town planning and architecture. The Renaissance in fact can be characterized as a return to some of the cultural norms established by the Roman Empire in the Route theme regions and western Europe.

The Roman Emperors were the leaders and guardians of a complex political structure which was built on the rule of law and limited autonomy in self-governing colonies and municipalities. The rule of law, after the emperor Caracalla’s decree of 212, included universal Roman citizenship throughout the Empire. After the decision of the Illyrian emperors Constantine and Licinius in 313, religious tolerance was guaranteed by law. This established Christianity as the leading religion in the Empire which was to form a major underpinning for medieval and later European culture. The political effect of Christianity on human rights also cannot be ignored. The “new” religion advocated respect for individuals of both genders, regardless of social status.

The appreciation of wine and its consumption in social contexts which is promoted on a regional basis in the wine part of the Route continues a tradition that stems from the introduction of the beverage by the Romans. Although we lack any written accounts of daily and special social gatherings (Roman convivia) in which wine was featured on the Roman Danube, we can judge that such gatherings took place frequently based on the large amounts of discarded wine storage and serving vessels which have been recovered on all the habitation sites in the Route. Perhaps it can also be allowed that the spirit of the Latin word convivium, “eating together” “enjoying together” can also be continued into modern European culture where wine is prized and considered a necessary accompaniment to good living.

Michael Werner, Professor of Roman Art and Archaeology, Department of Art and Art History at The University at Albany (State University of New York) and President of the Scientific Committee of the Roman Emperors Route and Danube Wine Route

Route of the roman emperors

Sremska Mitrovica: Where to Sleep and Eat on the Danube Trail of Serbia